"Never dreamt of an Oscar in my wildest dream": 'RRR' director SS Rajamouli 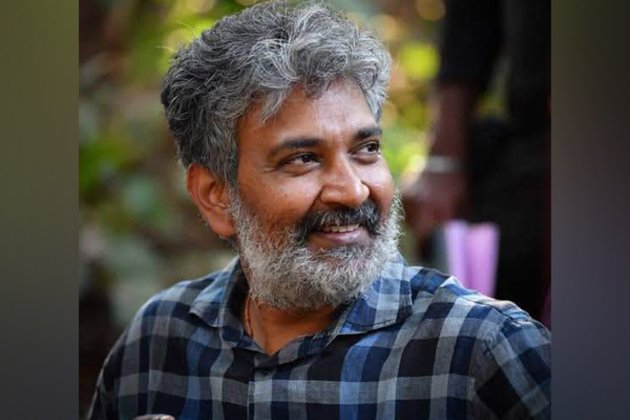 New Delhi [India], January 24 (ANI): Indian filmmaker, SS Rajamouli penned down a long appreciation note on Tuesday, as his film 'RRR' made it to the 95th Oscar nominations.

Taking to Twitter, the 'Baahubali' director shared a post which reads, "My peddanna got an Oscar nomination for his song in my film...I can't ask for more...I am currently doing Naatu Naatu more vigorously than Tarak and Charan...Chandra Bose garu.. Congratulations... Oscar stage meedha mana paata...thank you...Prem master, your contribution to the song is invaluable..my personal Oscar goes to you..Bhairava's BGM is what inspired me to go ahead with ava's Naatu Naatu, after hesitating for a long time.Love you Bhairi babu..baland Super energetic vocals by Rahul and Bhairava enhanced the song.."The film's song 'Naatu Naatu' has officially entered the Oscars race in the 'Best Original Song' category.

"The main reason is Tarak and Charan's sync and style. They danced their way into the hearts of audiences across the globe...Sorry for the torture. But I will not hesitate to do it again...I never dreamt of an Oscar, even in my wildest dream! It is the fans of Naatu Naatu and RRR who believed in it. They instilled the idea in our minds and pushed us forward," the post further reads.

"A big hug to you all the crazy fans..It was only possible because of the tireless and relentless efforts of Karthikeya. Proud of you Karth..My brothers at WallsTrends worked 24x7 giving shoutouts and made sure that everyone heard about the film and the song. Thank you, Pradeep, Harsha and Chaitanya. Efficiently handled by Accolade, Variance, Potentate, Divergent and Cinetic ... Thank you... One more step to go...- S. S. RAJAMOULI," he concluded.

After a great winning streak at Golden Globes and Critics Choice Awards, the film has officially entered the race for the Academy Awards.

The film also bagged the 'Best Foreign Language Film' at the Critics Choice Award. If 'RRR' wins the Oscars, it will be the most memorable, remarkable, golden moment for the Indian film industry.

This lyrical composition of 'Naatu Naatu' by MM Keeravani, high energy rendition by singers Rahul Sipligunj and Kaala Bhairava, unique choreography by Prem Rakshith, and lyrics by Chandrabose are all the elements that make this 'RRR' mass anthem a perfect dance craze. (ANI)