We are surprised, I was expecting RRR was going to be big: 'Naatu Naatu' lyricist Chandrabose's wife on Oscar nomination 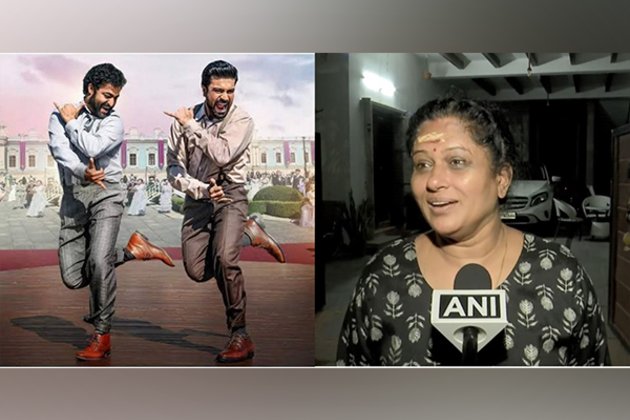 Speaking to ANI, Suchitra expressed her happiness, "All of us are really surprised about it. We are just crossing out fingers and wanting the entire success of the particular song."Sharing about Chandrabose's feelings, she said, "He is still in the run just a little distance is there. We are overwhelmed when Keeravani ji got the Golden Globe award. The tears rolled out of our eyes. And we are so happy that he got that award. And at the same time, the lyrics are Chandrabose's lyrics. All these days it was in Andhra Pradesh and Telangana now RRR is making it worldwide. Before RRR his lyrics were very famous all over India. Everybody there singing, this RRR song. We are so blessed."Suchitra stated, "I was expecting this was going to be a very big movie. Why because earlier Pushpa song 'Oo Antava Mawa' went viral all over India and also the international level. So it was going viral, so I was just thinking his song is going to reach to all ends but I never expected that RRR film will enter the Oscars race."She added, "Being the better half of Chandrabose, we are just waiting. We cannot expect everything in the world. We are just waiting with lot of prayers that we should get it."Speaking about the celebration, she said, "Our celebration is when others get it. Normally, it's teamwork right and whenever we are recognized by some award that's real festival for us. We are very, very happy and thankful to God for really showing us this much response."SS Rajamouli's magnum opus 'RRR' has made it to official Oscars nominations.

After a great winning streak at Golden Globes and Critics Choice Awards, the film has officially entered the race for the Academy Awards.

The film also bagged the 'Best Foreign Language Film' at the Critics Choice Award. If 'RRR' wins the Oscars, it will be the most memorable, remarkable, golden moment for the Indian film industry.

Talking about India's performance at the Academy Awards so far, the first Oscars that was one by an Indian artist was for costume designing. Bhanu Athaiya bagged the Oscar in 1983 for designing the costumes in the 1982 historical film 'Gandhi'. In 2009, British film set in India 'Slumdog Millionaire' bagged 4 Oscars.

This lyrical composition of 'Naatu Naatu' by MM Keeravani, high energy rendition by singers Rahul Sipligunj and Kaala Bhairava, unique choreography by Prem Rakshith, and lyrics by Chandrabose are all the elements that make this 'RRR' mass anthem a perfect dance craze. (ANI)